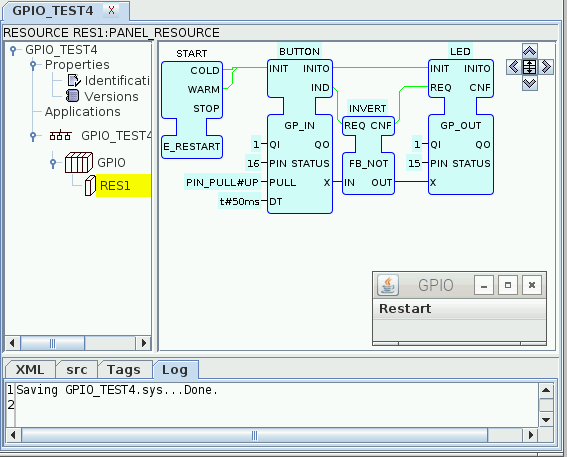 Posted by Jim Christensen at 6:44 PM No comments:

In this system configuration (GPIO_TEST3), the GPIO "loopback" connection of the previous example is replaced with connections to real devices, which replace the Graphical User Interface (GUI) elements:
As a result of these "software connections", the state of the LED reflects that of the pushbutton: 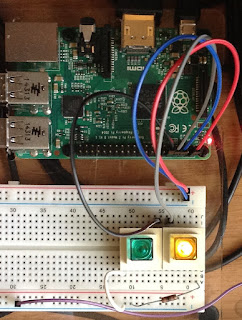 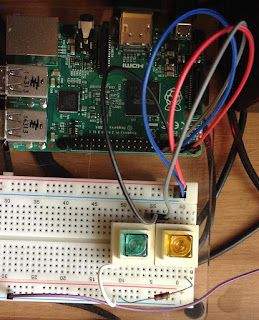 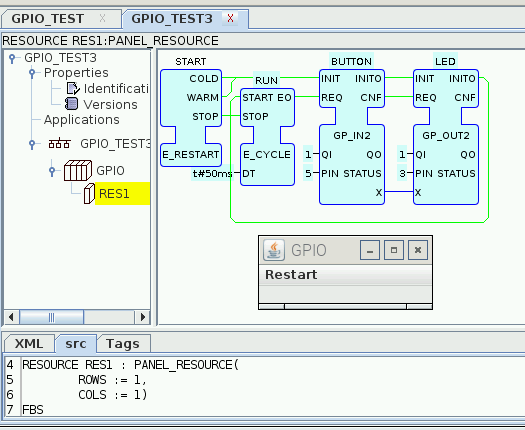 Posted by Jim Christensen at 8:17 AM No comments: